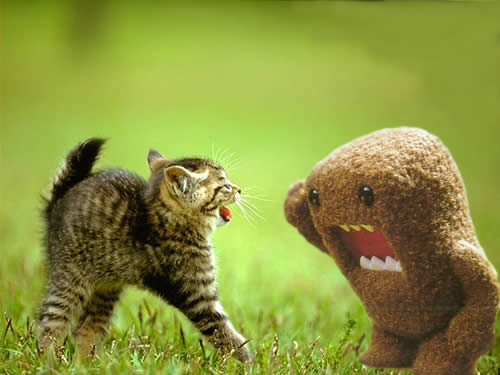 A common word you will hear used by the Japanese is the word どうも, or domo. It’s pronounced like “dough-mo.”

どうも can also be stylized as どーも, as is the case for the famous Domo-kun. The connecting line (“ー”)creates an elongated sound between ど (do) and も (mo), so it sounds the same as どうも.

It’s used like the word “well,” as in “why, hello there,” not for your physical condition. It’s also used very loosely, so you can say this as shorthand for hello or thank you. Adding it to certain words, like ありがとう (arigato / thank you), can make the sentence extra sincere, which is similar to saying “thank you very much” rather than “thank you.” Used alone, it can be used to say hello to a not-so-close friend or thank the waiter for bringing out your dish, which is similar to saying “thanks” instead of “thank you.”