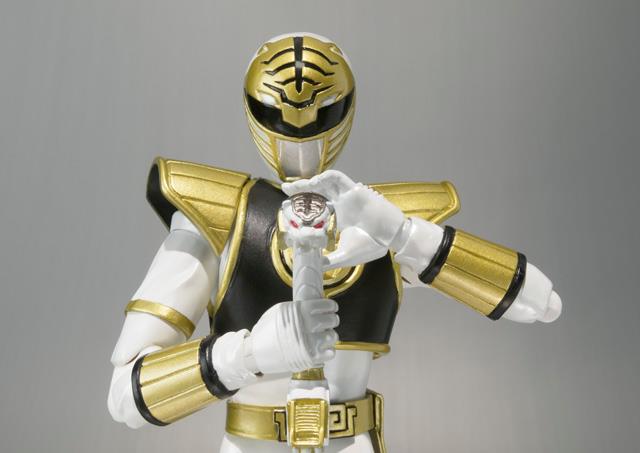 White Ranger, one of the most popular Power Rangers from the original run in 1993, is finally getting the along-awaited S.H. Figuarts treatment.

Known as Kiba Ranger (Fang Ranger) in Japan, he was actually a member of the Dairanger series instead of Zyuranger, where the Mighty Morphin Power Rangers costumes is from.

Bluefin will be distributing the Bandai figure in the United States: