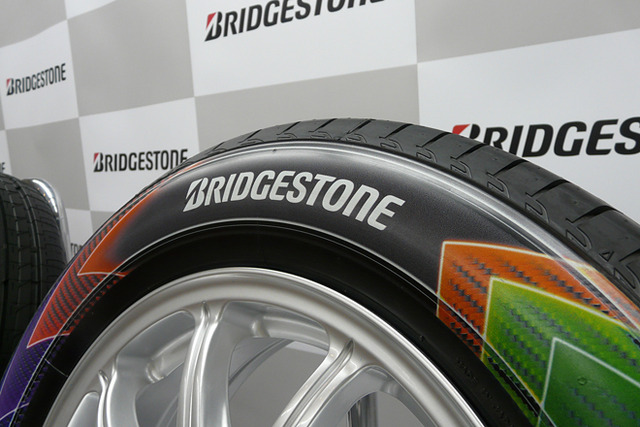 Bridgestone has announced new technology called Color Side that can add colors to the sidewall of tires to add unique designs to a relatively boring part of a car.

Past technology relied on embedding colored rubber onto sidewall, but it raised manufacturing costs and decreased MPG by adding extra weight. However, the new Color Side method uses similar printing technology used on paper, reducing costs and keeping the same characteristics as a traditional tire.

To preserve its vibrancy, numerous preservation aids are in development to protect it from the elements. The current model can retain its look for at least a year.

The biggest markets that will employ this will probably be corporate (for advertising), street racing, and the itasha markets. What’s itasha? Glad you asked!

Pictures are worth a thousand words, right? Here are OVER 9000!

This is the best news ever!

So is the era of low-profile tires over?

I don’t think they’d like it, but I want to print “Goodyear” on mine

This will increase tire theft w

Maybe the characters will look normal parked, but naked when moving…

Cars are like toys for adults, this way they can show off their originality. I can see this taking off

Only one year? It’ll look awful when it gets covered with black marks