I just reviewed Star Trek Into Darkness, and I noted how compared to Hollywood, the Japanese entertainment industry has trouble conveying themes about social problems on the big screen. Gatchaman is a prime example of what I was talking about. It’s also tragic that its release is on the same week as the highly lauded, previously mentioned movie that is Star Trek.

At the dawn of the 21st century, invaders Galacter halved the Earth’s population. The only ones that have a chance of fighting back are those who can draw the power of “stones,” with only 8 million in one person possessing such ability. They were trained from birth to form the elite agent group, Gatchaman.

The 70s anime had a passionate theme song, stylish action scenes, and cool characters that attracted many fans. The show was unique in that it involved societal issues in the show, creating a more serious and topical theme, especially compared to other typical children’s programming. The spirit of the creators showed through, that just because it’s a kid’s program, doesn’t mean that it needed to be any less sophisticated. This is why the series is still praised today.

However, the live-action movie inherits none of these qualities, and instead provokes the fans of the originals and tests their patience. Gatchaman are a very radical group, choosing to sacrifice countless lives to save a solitary life; it bears no weight to them, they’re a brand of heroes that have ridiculous ideals on the value of life.

40% of the film is immature, cringe-worthy dialogue by the heroes, with the remaining 60% being Ayame Goriki’s performance as Jun and her illicit love affair with Ken (performed by Tori Matsuzuka). It seems that Jun is made to be a sexual deviant in this adaptation, as it seems that the character is looking to bed Ken at every corner. Most of the movie is spent watching Goriki’s solo performance of a romantic comedy.

To top it off, her harsh criticisms are overwhelming. For instance, when she hears that Ken’s ex-girlfriend died, she surmises that this is the reason why Ken can’t move on as he still remembers her; when she finds out that it was another person’s girlfriend that died instead, the first thing she says is “oh, what a relief!” She’s the type of person that ranks her love life over another person’s death.

Also, I personally thought that the costumes were well made, but she mutters in the film that “I can’t believe I have to wear this lame suit,” which just made me upset at her arrogance.

For these reasons, if you take a child with you, you may have to answer this difficult question: “hey dad, why do they keep talking about girls, why aren’t they going to fight?” You’ll want to come up with your own answer before you visit the theater.

What I want to say to this movie is that, instead of chit chatting about your personal problems in the team, go out and save some people who are in trouble. Go on and save Earth, that’s all I want to say.

I have no idea if their organization is supported by tax funds. But you guys were hired for one thing, and that’s to save the human race. Professor Nanbu, please, scold your team mates that are just arguing about pointless things, you’re the adult.

The plot was so full of holes that there’s no point in listing them. Those who see it will think, “wait, why? Why does that happen?” over and over in their head as they watch. After the ending credits, an extra scene with overwhelming enthusiasm to do a sequel will leave everyone in puzzled shock.

However, this will most likely be one of the big releases of the year that define 2013’s entertainment. It would be permissible if it was tongue in cheek, but if they’re creating these types of films in all seriousness, there’s a huge flaw in our movie industry and how it operates. I don’t know whose fault it is, but I’m left feeling very troubled; perhaps we need a third party check these films before mass consumption.

That’s Goriki for you

I want to know what deserved the 4 points.  Even crap movies can boast its CG or music, but 4 points…

Oh Goriki, she destroys every thing she touches

I wish they would stop defacing the source material…

Is it worse than Devil Man?

They have to be thankful that it got 4 points

Goriki “Alright, I think it’s Patlabor’s turn to get trashed”

>> Please, anything but that!

For the same $18, it’s better spent on Pacific Rim! It’s filled with the soul of Japanese anime!

Just be a reasonable adult and go see Star Trek

Another legend has been forged

Why do live-action adaptations by Japan turn out to be crap?

Whoa, good thing I checked! I had fun watching Pacific Rim so I was going to see this next

Devil Man was 2 points, so this is twice as fun!

Actually, Goriki is kind of amazing really, she has the magical skill to ruin anything she works on

I’ve seen countless adaptations, but I haven’t seen any improvement in years. Why are they so bad at this? 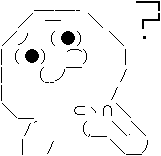