A mother of four lived with her husband in Meguro, Tokyo. It was 9/1, a Saturday night. The children would play with their toys but not clean up after themselves. The mother scolded them, took away their toys including a Nintendo DS, and put them in the trash bag.

Tomorrow is Sunday, I want to sleep in peace, thought the mother. Around midnight, she took some sleeping medicine and drank a glass of shochu with a dash of water. She awoke two times before dawn, and took a sleeping pill each time. When she finally rose, it was 11 AM.

The second youngest son was already awake. “Mom, DS.” These words made the mother boil. He was currently enrolled in preschool, and was an energetic boy. He would always have his way, and while she loved him, she often had troubles raising him. She thought, “I need to teach him that you can’t live just by doing what you want to do.”

She asked him, “breathing or playing DS, which do you want?” To live, one must breathe.  It’s more important than playing games — he must realize this. These thoughts were going through her mind, and that’s perhaps why she asked such a thing. However, the son replied: “I’d rather play DS.”

At this moment, the mother bound her son’s hands and feet with plastic straps, then covered his eyes and mouth with tape. She then took two trash bags, one covering his head and another his feet, and then taped the two bags together.

As of 9/25, the 42 year-old mother is now standing trial, admitting with a faint voice that “what I’ve done is definitely the cause of my son’s death.”

What a careless child

It’s like taking the internet away from you guys

There are so many things wrong with this case. But you can sum it up with one word: stupid.

Oh, the kid chose himself? Not guilty!

She was probably planning to kill him, just waiting for him to say the wrong thing to snap

She totally had intent

Nintendo can use this for their commercials

Dying for video games… He was a true gamer!

Holy crap, how she killed him is way too thorough and calculated… (´・ω・｀)

How are you supposed to play DS tied up? What an idiot

What the hell do you expect from a preschooler?

I bet she treated her kids like crap all the time

Getting asked if I wanted food or DS, I might imagine not getting dinner as a possibility. But it wouldn’t even cross my mind that I’d immediately get tied up and killed…

She has three more kids, didn’t she think about what they’d feel about this? What the hell was she thinking?

I wouldn’t let my preschooler play DS, way too young

Statistically, persons that kill children the most are mothers of their own child

Wow, women get so worked up over what kids say

Hey you guys, would you rather use 2ch or breathe?

The parents bought the DS www

How is a kid supposed to know?

I remember when parents would hide the power adapter for the Famicom (NES), it’s like every parent did that. But she’s insane killing her son like she was torturing it

All would have been fine if she destroyed the DS. Don’t destroy humans ww

Her reasoning to kill the kid is such juvenile thinking

No matter what he picked, he couldn’t play DS. Poor kid!

The remaining kids learned a valuable lesson. Life is more important than DS!

He was in preschool, he had his whole life ahead of him… 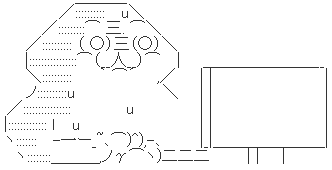 Moms, be sure to take deep breaths and count to 10. Call a professional if you need help!