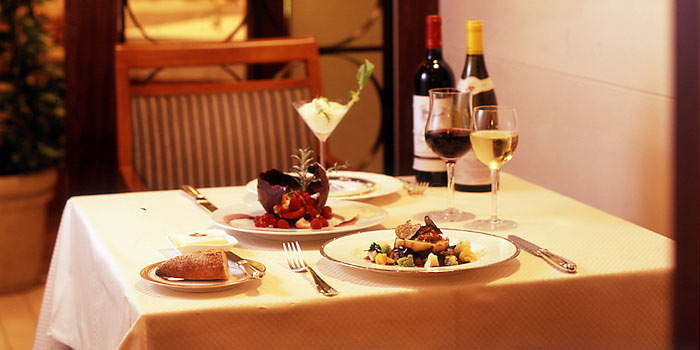 Meeting at a marriage-seeking singles party, a 48 year-old man has been arrested for sending intimidating messages to a woman.

According to the police, the man is suspect for sending multiple messages from December 2013 to January of this year. The messages were sent by mail or left in the mailbox of a 27 year-old woman, containing such intimidating words like “Be careful of your surroundings. You never know what might happen to you.”

The suspect met the woman in September 2013 at a marriage-seeking singles party (konkatsu party), and took her on a total of 10 dates to restaurants and resorts. When the woman messaged the man that she wanted to stop seeing him, he replied by calling her and saying “give me back my 180,000 yen (~$1,770) that I spent on you.”

The woman contacted police, and the man was warned to not call or send messages to the woman. During questioning, the suspect said “I did ask her for the money back, but I did not threaten her.”

And this is why you’re still single at 48

There’s no way a guy like this can get married

He needs to learn some manners from AKB otaku

OMG, so stingy… I bet he’s not a looker either

Why would you go on a date with a guy you don’t like 10 times? Break up in three dates

“I ate nice meals, I have another guy I’m interested in, we haven’t even held hands, that was my plan all along (^o^)”

He’ll get fired from his job, marriage is not in the cards for him

That woman shouldn’t have lead him on either

I’ve heard stuff like this happen to my acquaintances, but doesn’t he think he’s being so uncool? I wouldn’t feel too bad if I at least got to have sex once

He was 48 and she was 27, just feel lucky that you got to live that dream

Holy crap he’s an idiot. He’s too damn cheap. He should just stay single and hit the brothels for the rest of his life

This is why I insist on splitting the bill. I wish women would be more open to it as insurance for risks like this

If I was immature like that guy when I’m 48, I’m going to cry

They’re both at fault. These marriage-seeking single parties are full of like-minded people