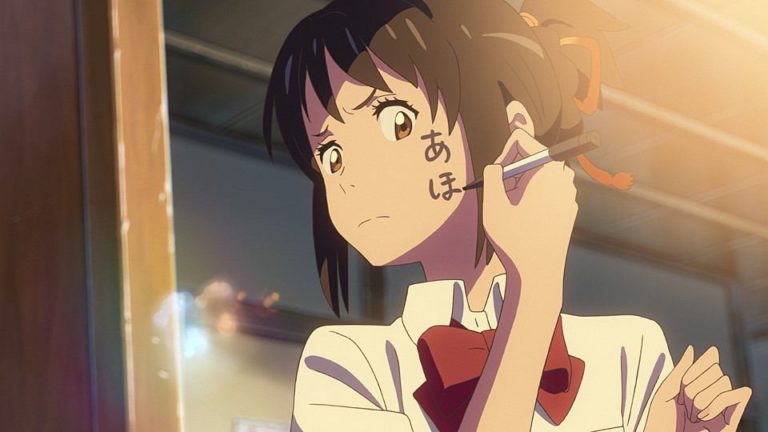 Genki Kawamura (producer): In the early versions, Mitsuha originally had a boyfriend.

Makoto Shinkai (director): Right. I wanted to write a story about how switching bodies over time created a change, so I thought it’d be interesting to have an unrequited love. I chose Mitsuha to have a love interest. But then Kawamura Producer said “I think the fans will be upset if she’s already interested in another guy from the start,” so yeah (laughs). So we switched the roles with Taki, and his love interest Okudera Senpai was born.

Kawamura: Mitsuha is a miko at her shrine, a type that can make kuchikamizake (sake made with the mouth), so I thought she needed to be more of a Virgin Mary kind of character. It’s a popular archetype used by the bible and also Hayao Miyazaki. Nausicaa and Sheeta didn’t have other men, after all.

Reactions to the Interview

Producer is a genius

It used to be about cuckolding…?

This is dark, Gen Urobuchi

Should have gone through with it