Video games such as Brain Age made waves when it first launched in the early 2000s, and many praised its potential for improving our brains while other scientists refuted it. Recently, researchers have seen spectacular results from seniors playing games, with some patients scoring even higher than young adults in their 20s. However, not all games are created equal.

Adam Gazzaley of the University of California, San Francisco had participants play a game called NeuroRacer, created especially for the study.

Gazzaley and his colleagues first recruited around 30 participants for each of six decades of life, from the 20s to the 70s, and confirmed that multitasking skills as measured by the game deteriorated linearly with age. They then recruited 46 participants aged 60–85 and put them through a 4-week training period with a version of NeuroRacer that increased in difficulty as the player improved.

After training, subjects had improved so much that they achieved higher scores than untrained 20-year-olds, and the skill remained six months later without practice.

Games like Call of Duty might actually be more beneficial than Brain Training. Now, to convince my mom to play Grand Theft Auto online with me… 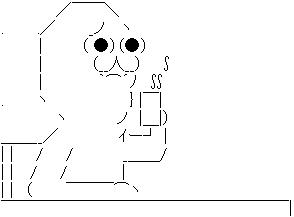