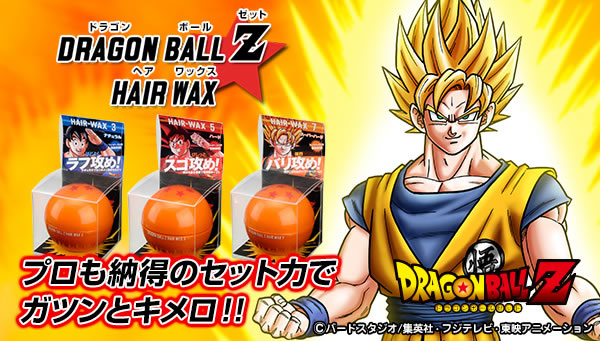 CreerBeaute released “DRAGON BALL Z HAIR WAX” series of hair wax. The wax is contained in a container that resembles a Dragon Ball, and will cost 980 yen ($9.9) each.

Based on Akira Toriyama’s anime Dragon Ball Z, the hair wax series comes in Natural, Hard, and Super Hard varieties. The waxes contain a ginseng extract to promote a healthier look, which has been named Kakarot Extract to match the Super Saiyan theme.

This will be great for layers! Super Saiyans and FF7 characters should be a cinch!

Why didn’t they make seven types!?

Damn, how many times are they going to exploit their fan base? … I’m totally getting it

I don’t have hair to put it on…